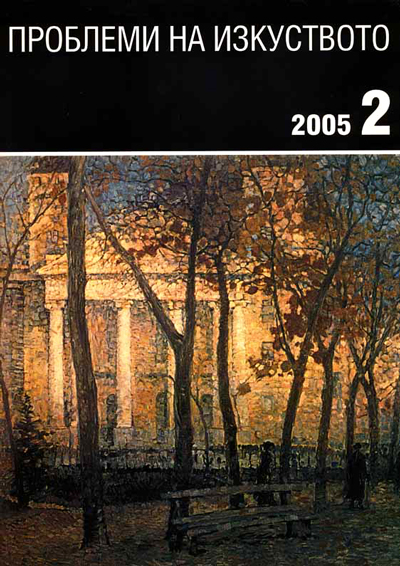 Summary/Abstract: The 100th anniversary of the National Theatre suddenly provoked critic’s publications questioning the long ago accepted the year​ of 1904 as the birthday of the oldest Bulgarian professional theatre. These critics are convinced that the beginning of this theatre is even in 1888. Similar to many other dates in the history of the National Theatre, this date is again the object of scientific argumentation and interpretation of facts. The existing from 1888 and later renewed in 1892 company “Salza I Smiah” assumes the name of National Theatre in 1904 and is stated to be state funded. This is the reason why the year 1904 is considered the birthday of the theatre. Some historians, though, tend to argue that logic. It is very odd that the argument is started exactly in the days of the carefully prepared anniversary celebration, among all other times. The intention is evidently to prove its illegitimacy. But this is beyond the boundaries of the scientific argument and takes on some other features. In the capacity of a present director of the National theatre I have all grounds to start another, more important argument exactly in the days of celebrating the theatre’s anniversary. This is the issue of the statute of the National Theatre, or rather the lack of statute. Steering the theatre for these 100 years of its existence many directors changed, and all of them felt the theatre’s unanswered need of legislation to place the National Theatre on clearer grounds with the state. Unregulated obligations of the state towards the theatre and vice versa breed a number of problems pending for solutions even today.