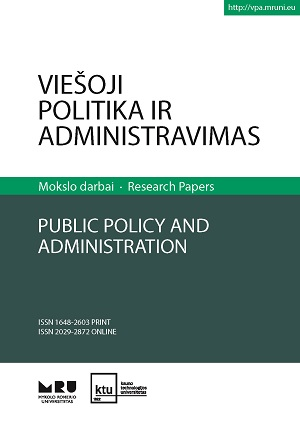 Summary/Abstract: The area of private land is gradually increasing due to the land reform restituting land and privatizing state land. Such land is transferred to the other persons using sale, gift and other transactions. The aim of the research is to analyze process of private land transaction process in all Lithuania municipalities during 2003–2014. Market indicators of private agricultural land, as well garden plots and household plots were analyzed in the article. Four periods were distinguished in which private land transactions had different intensity. The first piriod is until joining European Union, another is intensive transactions period, then global economical crisis period and increase of land transaction period. It was determined, that influence of land market intensity on the state level has economical and demographical effects. This leads to the suggestion to regulate land market in problematic areas.