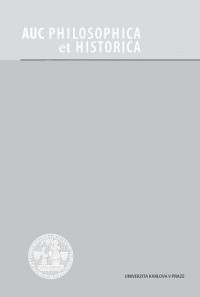 Summary/Abstract: This article is concerned with the question of how two obvious but apparently antithetical features of aesthetic experience – distance and immersion – can be integrated into one theory. The author criticizes the contemporary neglect of the first feature (distance or disinterestedness), and argues for a more dialectical notion of aesthetic experience which would include both of them. To this end, the article starts, in section one, by re-examining the main points in the evolution of phenomenological aesthetics, which some authors consider a chief source of this neglect. The presence of two questions is emphasized: (1) the idea of a distinctive perception which we traditionally call aesthetic and can trace back to Kantian roots and (2) the process of breaking with the subject-object model of experience. In the end of this section, the question is raised whether the successful elimination of the latter means the necessary rejection of the former. In section two, the author argues for a negative answer to this question, and a candidate for a ‘new paradigm’ of aesthetics is considered – the idea of the environment. As the conclusion to this section, the compatibility of the idea of the aesthetic mode of perception in the traditional sense, together with the original sense of the idea of environment, is defended. Lastly, in section three, these findings are made more specific and confirmed by turning to Jan Patočka’s analyses of the experience of space.