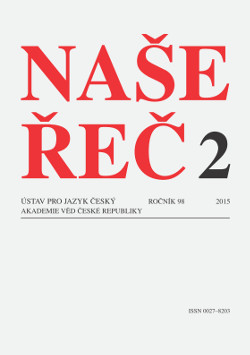 Summary/Abstract: This paper deals with the occurrence of other languages in the Czech correspondence of Karel Havlíček. Two sets of letters are analyzed: Letters written during Havlíček’s journey to Russia (1842–1844) and letters Havlíček sent to his brother from his confinement in Brixen (1851–1855). The letters from Russia in particular include elements from Latin, Russian and German. The various functions of these elements are described, e.g. Latin sayings primarily evoke contact with the equally educated addressees, while Russian words and phrases illustrate the specificity of the society Havlíček wrote about. German is dominant in the second set of letters. It is used as an integral component of Havlíček’s idiolect, as a means of semantic explanation or as testimony to conflicts with Austrian institutions.