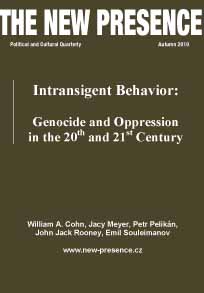 Summary/Abstract: While on a business trip to Poland two years ago, Wesam Eleyan passed by a Polish police officer, who pointed his hand at him like a gun and mimicked firing a shot. He has had similar experiences with authorities in Slovakia and Ukraine. Eleyan moved to Prague ten years ago to study political science at VŠE, Prague’s University of Economics, and Charles University. He has since been working in international marketing and teaching Arabic. Eleyan makes a point of saying that he does not feel discriminated against in Prague. But physically he looks Middle-Eastern, and “When you look different from Czechs,” he says, “it’s a problem for them. They are confused. They don’t know how to speak to you.”