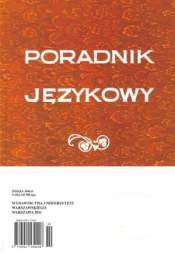 "CÓŻ TO JEST PRAWDA?" O DEFINIOWANIU I WARTOŚCIOWANIU PRAWDY (na podstawie badania społecznego)
"What Is the Truth?" On Defining and Evaluating the Truth (Based on a Survey)

Summary/Abstract: The article is an analysis of a part of the material gathered in a social research concerning the truth. I was mainly interested in respondents' definitions of the truth with reference to philosophical works on the issue. Some of the respondents referred to the classical - correspondence theory, some pointed to the onthic theory, most of them, however, understood the truth in the way which cannot be found in any philosophical theories, as the opposite of a lie - telling the truth. Another issue raised in the article is the objective or subjective character of the truth. Some of the respondents were in favor of the former concept while some others were advocating the latter. The last question is about evaluation of the truth. Based on the quoted antonyms of truth and words associated with it, one may assume that it is a positive value for the respondents.