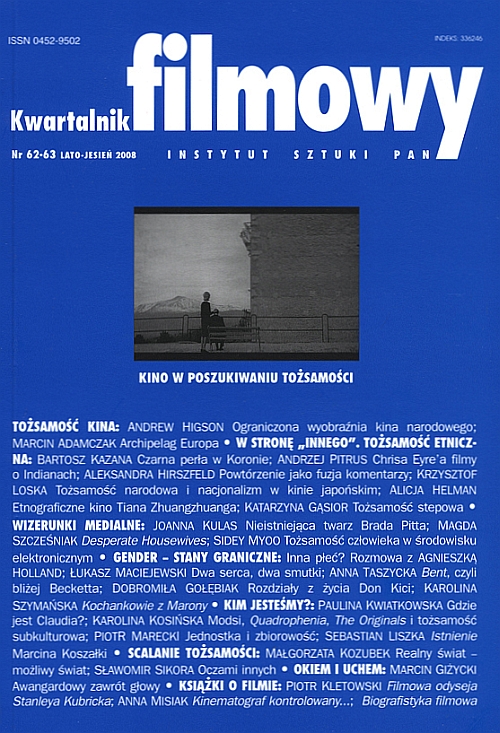 Summary/Abstract: Taszycka analyses "Bent", a Sean Mathias film from 1997. The action of the movie takes place in the 1930s, in Nazi controlled Germany. The main character of the film, Max (Clive Owen) ends up in concentration camp in Dachau, where he refuses to admit to his homosexuality, but presents himself as a Jew. As a consequence on his prison garment there is a yellow Star of David instead of a pink triangle. During the transport to Dachau, Max meets Horst (Lothaire Blumenau), who wears his pink triangle with pride. In the last scene of the film Max also puts on prison clothes with the pink triangle badge, and it becomes clear that the film is about his search for identity. Taszycka highlights the theatrical artificiality with which the film was made. She identifies it as a pursuit of the effect of otherness that is known from Bertold Brecht’s dramas, but in her analysis and search of theatrical analogies, she goes one step further, and in the plain and reserved form of the film, its drama like quality, its rhythm and symbolism she finds echoes of Samuel Becket’s plays and style, thus allowing her to classify Bent as a film in the style of Becket.