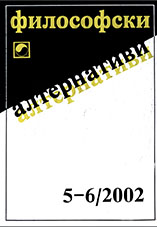 Summary/Abstract: The subject of the present paper are the philosophical conclusions and statements of the eminent german mathematician and scientist Hermann Weyl (1885—1955), connected with the giving a new meaning to the foundation of the mathematical analysis and the teaching about the continuum. An essential attention is paid on the influence of the phenomenology of Husserl on Weyl in the process of creating of his original mathematical conceptions and of his turning to the positions of the intuitionism in the substantiating of mathematics. The exposition in the paper is based to a great extent on statements and thoughts expressed by Weyl himself in his works.