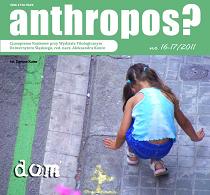 Ogród przebaczenia
The garden of forgiveness

Summary/Abstract: The essay approaches the urban space as a topos in which spatial determinants break away from their routine and merely pragmatic understanding and thus open a possibility for a certain transformed mode of politics. The metaphoric "garden" renders the city as a flow of forms which refuse to coalesce in petrified architectural, urban, social, and political formations. Looking for an analogy in literature, one can claim that the textuality of the city is that of Joyce's Finnegans Wake, a texture of astonishing and transgressive, heretical combinations of elements previously ordered by and subjected to the politics of what Peter Sloterdijk refers to as the politics of revenge resulting from the long-term investment of contained anger.