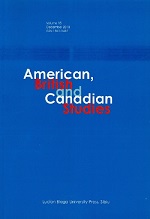 Summary/Abstract: This paper is a stylistic analysis of the imagery and function of woods and forests as found in six of George MacDonald’s fairy tales that contain allusions to woods and forests. George MacDonald (1824-1905) was a Victorian Scottish author, poet, and minister. He is known for his fairy tales and fantasy novels, and is believed to have influenced later writers such as J.R.R. Tolkien, C.S. Lewis, and G.K. Chesterton. I use Max Luthi’s landmark works on folktales: The European Folktale: Form and Nature, and The Fairytale as Art Form and Portrait of Man, and Corinne Saunders’ The Forest of Medieval Romance to analyze the integral role that woods and forests play in the composition and narration of each tale, and to prove how vital woods and forests are in the lives of each human actor. This approach prompts us to look at these tales in a new and contemporary light of eco-consciousness, and observe how the romantic MacDonald uses forest imagery as narrative strategy in each fantastic tale, as he, through this motif, defines and determines the enduring relationship between humans and their environment of woods and forests.