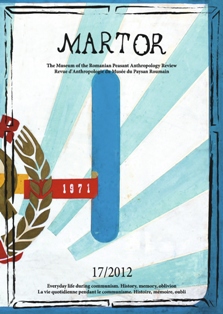 Summary/Abstract: During the period between 1945 and 1949, the rural communities of Transylvanian Saxons experienced tragic circumstances. The repressive measures of the communist regime, installed with Soviet support, were varied and harsh. They ranged from the confiscation of goods – carried out under the provisions of the March 23, 1945 Law of Agrarian Reform and affecting a significant part of the ethnic German population – to intimidation, abuses, and terror. Following the decision of the Soviet authorities to deport them to forced labor in the USSR, many Romanian Germans who returned home, particularly after 1948, discovered that they had no future in their own country. They were denied basic rights such as the right to work, to an education, to a decent standard of living. After 800 years of settlement in Transylvania, the oppressive policies of the communist regime, the decline in living standards, as well as the agreements between the Romanian authorities and the West German government resulted in the massive emmigration of ethnic Germans from Romania. This article is primarily based on documents in the Archive for the National Council for the Study of the Securitate Archives and the Romanian National Archives.