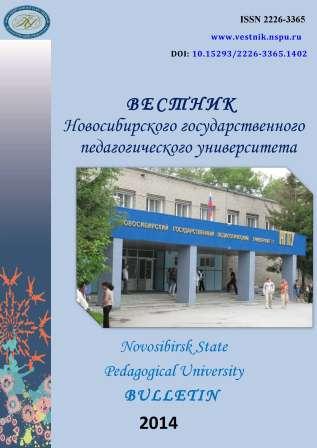 Summary/Abstract: The importance of studying the paleosols is not in doubt, as they carry information about the environmental conditions of the past and, therefore, indicate a possible vector of existing ecosystems. The object of study is quite specific – cyanobacterial algal cenoses (CAC) Holocene soils. Purpose is to identify the possibility of using of CAC Holocene soils for paleoreconstruc-tions. The studies were performed at 1.5 km in the south-east of the village Volodarka (Top-chikhinsky district of the Altai Territory). As a material of research 30 soil samples were taken, which were selected layers (every 5 cm). Sampling was done according to the rules of algological fees. For the first time in paleosols of this territory was found five species of algae and 1 species of cyanobacteria. All algas are assigned to a type of Chlorophyta. For a modern soil of steppe zone is characterized by the prevalence of Cyanoprokariota. The spectrum of the CAC is presented only single-species of the family (Chlorococcaceae, Neochloridaceae, Radiococca-ceae, Chlorellaceae, Chlorosarcinaceae, Oscillatoriaceae) and species (Chlorococcum, My-mecia, Gloeocistis, Chlorella, Neochlorosarcina, Phormidium). It is very important fact that these taxa of algae are not typical for modern steppe soils. Soil and environmental conditions, the heterogeneity of the environment determines the formation of various groups of soil algae. The projection of the conditions is different degree of phytocoenotic load of algae. The basis of qualitative differences is ecological individuality of certain types of soil algae and cyanoprokaryota.