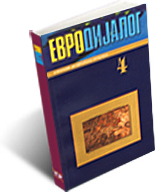 Summary/Abstract: This paper deals with the phenomenon of decline of the public functions of the media, particularly television, under the pressure of the neo-liberal tendencies driven by the market economy. Besides the introductory problematization of the classical, liberal understanding of the publicness and the public sphere, the results of the analysis confirm the thesis that the public broadcasting service undergoes the controversial phase of its existence, while the television audience transforms as well. The audience namely, has been increasingly understood as a market (consumers) instead of public (citizens). Having the fact that the mentioned tendency seriously threatens the survival of the basic concepts of the public service, including its role within the public sphere, the paper deals with several theoretical stands towards the necessary reform.