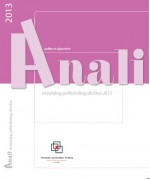 Summary/Abstract: In today’s Europe, the word ‘populism’ usually refers to right-wing populism or the populist extreme right. Is, however, the concept of ‘populism’ the proper theoreticopolitical instrument through which such identifications should be perceived, categorized and debated? What are the implications (direct and indirect) of such a naming? And what are the risks for critical analysis and for democratic politics in the European context? The hypothesis explored in this essay is that sticking to a restrictive association between ‘populism’ and the extreme right poses certain dangers that have to be seriously taken into account, especially in times of crisis. For a start, it is often premised on a rather simplistic euro-centrism that reduces the broad conceptual spectrum covered by the category ‘populism’ in its global use to a very particular European experience and then essentializes the resulting association, over-extending its scope. In addition, the category ‘populism’ is often used to describe political forces, identities and discourses in which the role of ‘the people’ is only secondary or peripheral, to the extent that it has to coincide with strongly hierarchical and elitist visions of society. What complicates things even further is that, within the context of the European (economic and political) crisis, whoever questions/ resists the austerity agenda – especially on the left – is increasingly discredited and denounced as an irresponsible populist. Indeed, it is not by coincidence that doubts are increasingly voiced both in the theoretical and in the political literature regarding the rationale behind such a strong association between populism and the extreme right. A series of points will thus be raised that may help us develop a plausible theoretico-political strategy in the new emerging conditions from a discursive perspective.*