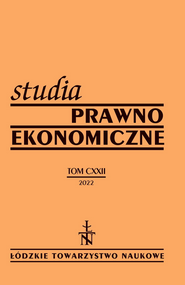 Summary/Abstract: Background: The issue of teaching Roman law in postwar Poland is a fairly complex matter. A significant date is the year 1975, when the reform of legal studies that put Roman law into the framework of newly-created courses in the history of law came into force. It coincided with the subsequent editions of the textbook authored by the Professor Kazimierz Kolańczyk of Poznań. Research purpose: The objective of the research is to analyze the circumstances related to the creation of the second and third editions of Kazimierz Kolańczyk’s textbook Roman Law. The analysis was based on archival materials related to the preparation of the subsequent editions of the work. The article seeks to show what assumptions the author of the work intended to implement and what postulates were expressed by its readers. The article also aims to discuss the significance of the subsequent editions of the textbook in light of the legal studies reform being carried out at the time. Methods: The article applies a historical-legal method. Conclusions: The second edition of Kazimierz Kolańczyk’s textbook included modifications and improvements that were very well thought out by its author. Consequently, the work became slightly longer and even more accessible to the reader. The third edition did not contain significant differences compared to the second one. The publication of both editions was really crucial in the context of reform of legal studies, including the restoration of Roman law to its rightful place in the canon of legal studies.