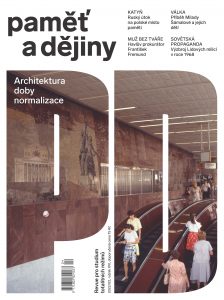 Summary/Abstract: History repeats itself, unfortunately. For some of us, the sight of the Russian military hardware in the streets of the Ukrainian towns, marked with distinguishing symbols, has undoubtedly brought the events of August 1968 to mind. That was the time when Czechoslovakia was also facing aggression from the same Eastern power, and just like today, the propaganda of the latter presented the developments and reality just as it suited the oppressor. It spoke of counter-revolution, which the forces of the Soviet Union and four other Warsaw Pact states were determined to eliminate. Soon after the invasion, “evidence” began to appear which revealed plots aimed at demoting the socialist system in Czechoslovakia, which included, for instance, seized weapons.