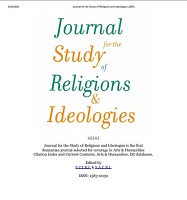 Summary/Abstract: Posthumanism is a philosophy that is based on the critique of the negative consequences of humanism and the correct conceptualization about the possibility of the posthuman. This study takes these posthuman claims at face value by elaborating a subsequent connection of posthumanism to the problem of the meaning of the possibility of human extinction. Historically, the demise of the world and humanity has been formulated in relation to the problem of the apocalypse. Thus, the first part of the study is dedicated to the description of two basic posthuman narratives (posthuman ecologies) about the end of the man. The second part of the study is focused on a critical analysis of the posthuman approach to the convergent problem of human species extinction. We will argue, that some types of posthumanism fail, rather paradoxically, to properly grasp and solve the problem of the meaning of the world after (post) humanity.