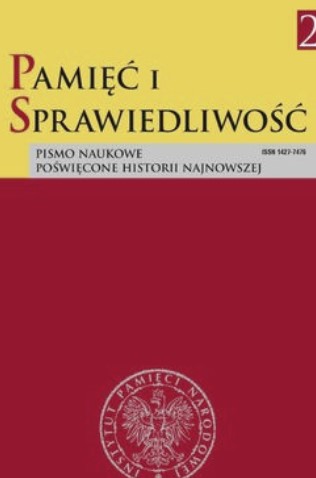 Summary/Abstract: Cardinal Stefan Wyszynski treated the “normalisation” of the State-Church relations, announced in December 1970 by the authorities, with caution and distance, though also with some optimism. He hoped that at least some of the postulates of the Episcopate would be implemented, especially regarding sacral construction. However, already in the spring of 1971, he knew that the “normalisation” is merely a propaganda evasion. In 1972, in a document prepared for the meeting of the Main Council of the Polish Episcopate of 4 May 1972 entitled “Political situation in Poland and the normalisation of relations between the State and the Church,” he summarised the State-Church relations in the first two years of government of Edward Gierek’s team. In it, Cardinal Wyszyński thoroughly discussed the social and political situation in 1972 in the context of the entire Eastern bloc. The most important observation was the exhaustion of the “dynamics of post-December renewal.” In the document, the Primate also discussed the concept of “normalisation” propagated by the authorities, mainly on the example of the most important – in his opinion – statements of the leading dignitaries of the “People’s” Poland, confronted with their real actions. The material in question proves that Cardinal Wyszyński thoroughly analysed the political reality of the PPR, not being misled by the propaganda of the authorities.