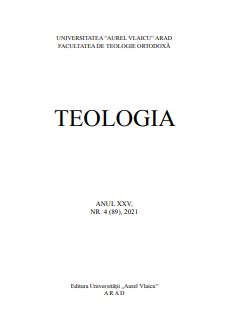 Summary/Abstract: The present study presents a lesser-known hagiographic episode from the Greek Life of St. John of Damascus, which deals with the cutting of the saint’s hand by Caliph ʻUmar II following woven intrigues at the Byzantine court of Emperor Leo III Isaurus and the miracle of its sticking back by the Mother of God during a sleep following the intense prayer of the Syrian father. This episode is a controversial one, being harshly disputed and denied by many specialists, who do not give it any scientific value due to an obvious anachronism; when St. John of Damascus began the fight against iconoclasm – after 726, the year when Leo III took the first iconoclastic measures, the Syrian Father was no longer governor of the Caliphate of Damascus court, but a monk at St. Sava Monastery near Jerusalem.