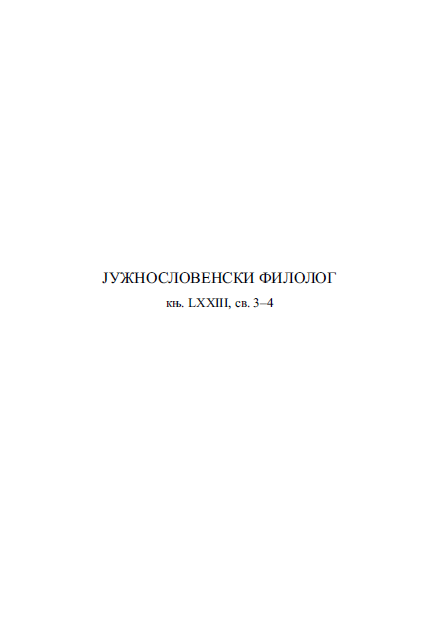 Summary/Abstract: At the turn of 21st century Serbian lexicology is under the influence of the Slavic (predominantly Russian) and Anglo-Saxon semanticists. Different semantic theories are used in language analyses in Serbian papers. Since the 1970s componential analysis had been a leading theory, but as of the 1990s Serbian lexicology has come under the influence of cognitive linguistics. There are more and more interdisciplinary investigations where linguistics is interwoven with psychology, communicology, and sociology. Often, lexicology is interwoven with other linguistic disciplines, such as syntax, word formation, morphology, stylistics, etc. Recently, some semantic studies have been conducted from the pragmatic viewpoint. Depending on the object of the analysis and the theory chosen, different research methods are used, such as collocational, associative, and additionally, various types of syntactic and semantic approaches are taken. The focus of interest is semantics of words, and less frequent of morphemes or sentences. The future of Serbian lexicology lies in promoting an interdisciplinary approach, and its relation with other linguistic disciplines and other nonlinguistic sciences.