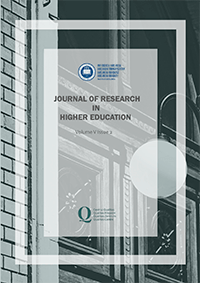 Summary/Abstract: Following the German-Italian decision of August 30, 1940, Romania was forced to cede half of Transylvania, including Cluj. Following this decision, the University of Cluj was forced to take refuge. With regard to the place of evacuation, it was established that three faculties of the "King Ferdinand I" University of Cluj, i.e., the Faculty of Law, the Faculty of Letters and Philosophy, and the Faculty of Medicine, be located in Sibiu, while the Faculty of Sciences in Timișoara. After finding the spaces, and especially after Iuliu Hațieganu took over the mandate of the rector of the university, the academic community of Cluj regained its internal balance. The courses were held in accordance with the curricular standards of that time, and the scientific and journalistic activity of teachers, researchers and students was, throughout the entire period of the refuge, remarkable.