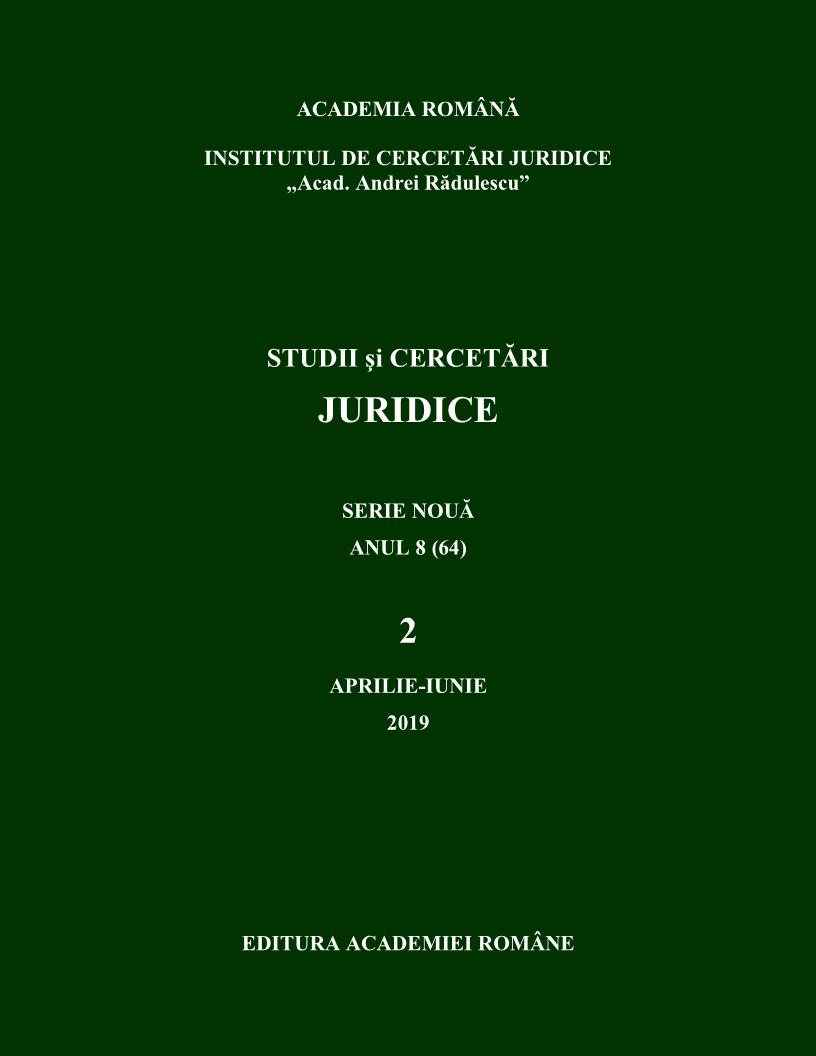 Summary/Abstract: Commemorating 130 years since the death of Mihai Eminescu (January 15th, 1850 – June 15th, 1889), „the most complete man of Romanian culture”, is the pretext and the context of a reevaluation and supplementation for the way we value the inheritance of his opus, from the perspective of the ideas expressed therein, including in the fields of sociology and of law. In the latter perspective, in Eminescu’s conception, law was „a science, even a complicated one”, meaning the final rationale and the supreme guarantee of the independence of justice. His conception, according to which the scientific nature of (applying) law involves its orientation towards the mode of school and case law specific to Roman law, in view of identifying legal relations within the social reality, belongs to the Historical School of Law, founded by Savigny. His conclusions, in this aspect, could be considered as a starting point for a (theoretical) re-foundation of the law fit for a modern Romanian society, and they complete the German dimension of the traditions of Romanian legal culture, as a culture of synthesis and „European intersection”, born between the two world wars. Eminescu appears as a precursor of German influence in the Romanian science of law, and through this, of the Bukovinan school of law, whose traditions are to be correctly reevaluated and exploited today, celebrating the centenary. Thus, a new scientific research project is about to begin, from the perspective of the juridical relevance of Eminescu’s German manuscripts.