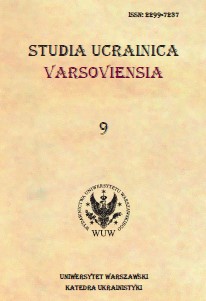 Summary/Abstract: The article deals with the figure of famous Ukrainian linguist, doctor of philology, professor, poet, Honored Worker of Education of Ukraine, Anatoliy Popovsky and his scientific achievements, in particular the monograph “A little bit about Ukrainian surnames” (2020) is devoted to the problem of the origin and creation of Ukrainian surnames, their functioning in business, works of art and journalism. It is an encyclopedia about the ancestral memory and destiny of Ukraine, national identity and self-respect. It provides a detailed analysis of the semantics of Ukrainian surnames with interesting lexical components, highlights the issue of their deformation in the Russian Empire and in Soviet times, resulting in the substitution of cultural values and ideology. A. Popovsky’s scientific work is a “life hack” on the revival of “Cossacks’ power and beauty”. The monograph is a history of the Ukrainian people in surnames, starting from family traditions and ending with positive and negative phenomena at the state level. The issue of studying surnames, as well as nominations of villages, settlements, cities, and districts to reproduce the geography and history of the Ukrainian anthroponymy in synchrony and diachrony needs to be comprehensively proceeded and popularized in the educational process and contemporary mass media as important sources of the formation of public opinion.